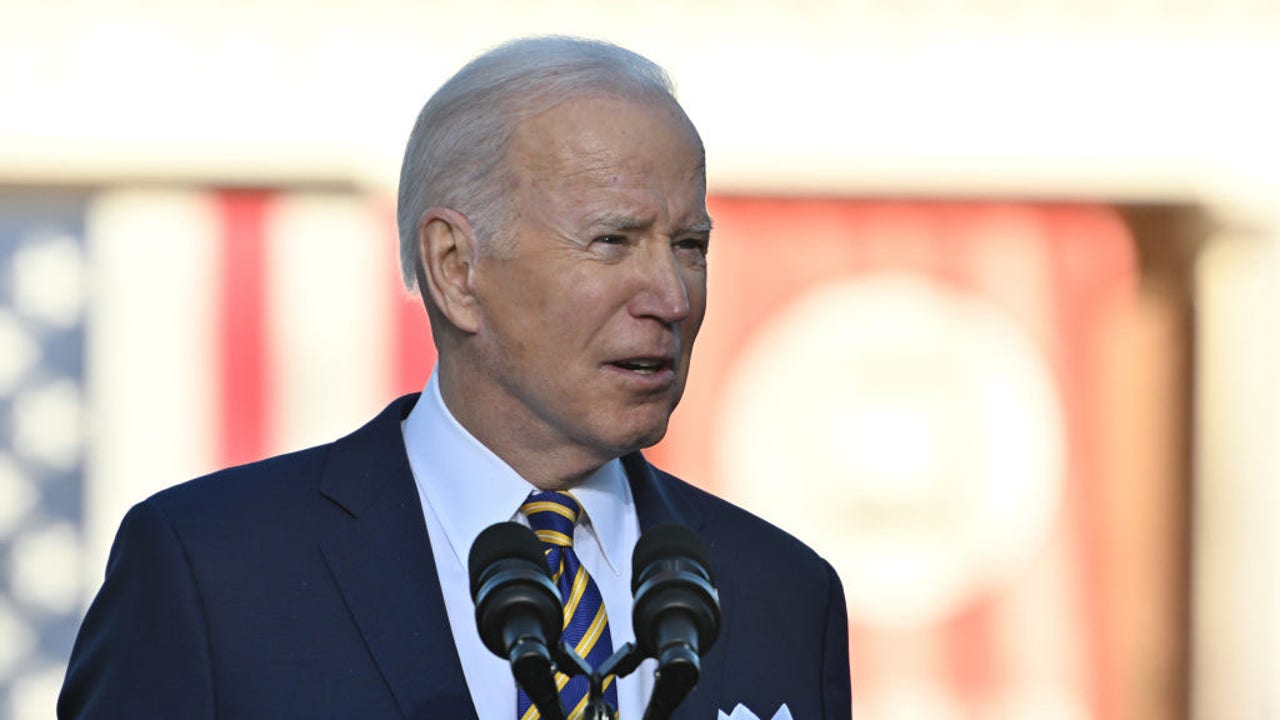 President Joe Biden on Jan. 13, 2022, directed his team to double its procurement of rapid COVID-19 tests to be delivered for free to Americans — now totaling 1 billion at-home kits.

WASHINGTON – President Joe Biden on Thursday directed his administration to double the commitment of free, at-home COVID-19 tests being made available to Americans, increasing the number to a total of 1 billion kits, amid a tidal wave of cases and criticism over shortages.

“Today, I am directing my team to procure an additional 500 million more tests to distribute for free,” Biden said during remarks on the pandemic. “That will mean a billion tests in total to meet future demand, and we’ll continue to work with retailers and online retailers to increase availability.”

The commitment builds on the government’s pledge in December to ship 500 million free COVID-19 tests through the U.S. mail. People will use a new federal website to order the tests, which is being rolled out next week. Biden said the administration expects to have 375 million of the at-home rapid tests this month.

Biden has also deployed additional military medical teams across six states to help mitigate staffing shortages at hospitals. Many facilities are struggling because their workers are in at-home quarantines due to the virus at the same time as a nationwide spike in COVID-19 cases. The new deployments will be on top of other federal medical personnel who have already been sent to states to help with acute shortages.

“Like all health care workers, they are heroes and I’m grateful for what they do,” Biden said,

The president repeated his continuous call to get inoculated and to receive a booster shot, saying the “most important thing to determine your outcome in this pandemic is getting vaccinated.” Nearly 75% of the total U.S. population is now fully vaccinated, and 37% of the population has received a booster shot, data from the U.S. Centers for Disease Control and Prevention shows.

The U.S. also vowed this week to send 10 million more COVID-19 tests to schools each month in an effort to keep them physically open as it faces criticism over long lines and supply shortages for testing. On Wednesday, the White House announced that it will send 5 million rapid tests and 5 million lab-based PCR tests to K-12 schools, with the first shipments being delivered in late January.

The additional rapid tests are intended to help support screening testing and “test to stay” programs, in which schools use regular rapid testing to keep students, teachers and staff who come in close contact with those who test positive in the classroom, according to a White House statement.

The White House said it is increasing lab capacity to support the additional PCR tests per month for schools to perform individual and pooled testing in classrooms.

Doctors say you should not deliberately catch omicron variant

According to healthcare professionals, the recent trend of trying to get infected with the omicron variant on purpose is risky and not advised.

Meanwhile, the Biden administration’s focus is shifting to easing disruptions from the nationwide spike in cases that is also contributing to grocery shortages and flight cancellations.

Food shoppers across the country have encountered empty shelves due to supply chain issues, increasing COVID-19 infections and related hurdles as well as severe winter weather. Meanwhile, sick airline workers and winter storms have led to thousands of cancelled or delayed flights since the holiday season.

Janet Woodcock, the acting head of the U.S. Food and Drug Administration, told Congress on Tuesday that the highly transmissible omicron strain will infect “most people” and that the focus should turn to ensuring that critical services can continue uninterrupted.

“I think it’s hard to process what’s actually happening right now, which is: Most people are going to get COVID, all right?” Woodcock said. “What we need to do is make sure the hospitals can still function — transportation, other essential services are not disrupted while this happens.”

This story was reported from Cincinnati. The Associated Press contributed.